First Day of School and the Origin of 'Boom Panes'

Thanks goodness the first week of regular classes already passed and we survived it. But the first day? Yeah, I mean the very first day. It was crazy. I came to a point that I panicked every honk I heard at the gate, thinking it was the school bus already. I crammed a bit, preparing my elder daughter's lunch while I had my screaming 10 month old holding on to me like a koala. I'm telling you, my moment of triumph came after the big girl finished her lunch, showered and everything, and finally led her to the elevator. 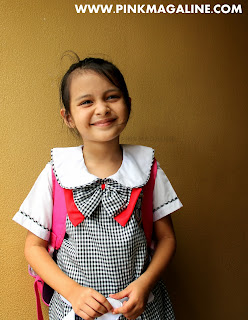 I love that pa-cute smile. Still can't believe that my 5 yo is now a gradeschooler. I'm very grateful that she passed the acceleration test her school gave her and she was able to skip kindergarten. 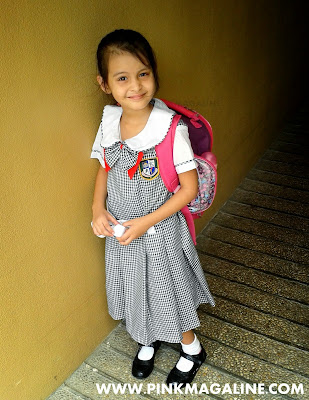 I like her school uniform. She looks adorable in it. Compared with her old preschool uniform, this one is more girly and comfy. Not to mention, it is easy to wear too. 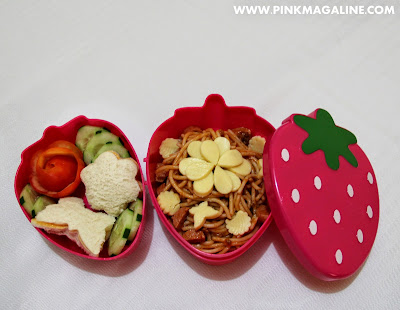 Of course, I gotta prepare something yummy for her school snack, di ba? I made a bento lunchbox with Filipino-style spaghetti, cheese sandwich, tomato, and cucumber slices. She loved it! 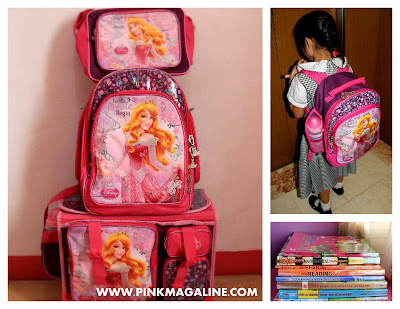 Bigger school means bigger bag. More subjects.. more books. The most exciting part in her curriculum is Spanish 1. Plus, she'll get to learn to play the flute in her Music class.


Before the first week of school ended, Aşkım went home with the good news that she was voted as P.R.O. in her class. She said she was not supposed to get the position. Her teacher told her to nominate herself to which she obliged. She even narrated how she won the table by the vote of 7-5-3. I think her teacher motivated her to take P.R.O. because she can be very talkative at times. Lol.

Another funny story is when she came home showing off the new hand clap routine she learned. First there was the fireworks clap and then the 'boom panes' clap. She liked them both. Only the latter made her curious. She haven't heard of it before and it's Tagalog so I had to explain although there is no exact translation to it. As we all know, boom is the sound of something explosive while panes refers something spoiled. As far as I can remember, 'boom panes' is an expression which originally started by the cast of Bubble Gang show. They have this rap contest headed by Boy Pickup, the character of Ogie Alcasid, wherein they engage into an impromptu rapping. After the performance of Boy Pickup, either the audience or Boy Pickup would say 'boom panes' in a boastful manner. I am a Bubble Gang fan since the late 90's. That's why I know.
at June 20, 2014