I was in the gym over a week ago when I heard the news about the creation of Frozen Disney On Ice. I told my elder daughter about it and she got very excited, asking me to buy tickets right away, so I had to explain it to her that they do not have a schedule of an Asian tour yet. As stated in the Disney On Ice website, Frozen will debut in Orlando, Florida with the first show on the 5th of September at 7:30 PM at Amway Center. The price for tickets start at $16 to, I believe, a little over $160, depending on the seat location. 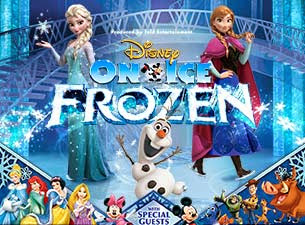 
The heartwarming, Academy Award-winning tale you love is now LIVE and skating into your town. You’ll be magically whisked away into the wintery world of Arendelle, where you will be dazzled by amazing special effects and astonishing skating. Sing and dance along to inspiring songs, including “Let It Go.” Join royal sisters Elsa and Anna, the hilarious snowman Olaf, Kristoff, his loyal reindeer Sven and the mystical trolls as they journey to discover that true love is ultimately the most magical power of all!

Hosted by Mickey Mouse and Minnie Mouse, with special guest appearances by your most beloved Disney Princesses and characters from favorites like Disney Pixar’s Toy Story, Finding Nemo and Disney’s The Lion King, this unforgettable celebration of love and friendship will leave your family with memories to last a lifetime.


I hope Frozen Disney On Ice comes to Philippines this December, or if not, I supposed they will come next year. If ever, I am sure to buy patron tickets for my family. The elder daughter loves it so much. It will be a perfect show for her now that she has a baby sister. She can sing the songs and act it the scenes well like most little girls I know. In fact, we are planning to throw a Disney Princess-Frozen themed party for her this year.


Source of Photo:
www.ticketmaster.com
Source of Video:
www.youtube.com/user/Disneyonice
at June 05, 2014