Our Saturday was a fun-filled day at the first world-class Science museum in the Philippines located in BGC or Taguig City. It has been two years of exploration for The Mind Museum and in line with its anniversary celebration, they launched their exhibits and educational programs for the year 2014 in the presence of bloggers and media.

It was my first time to tour around this museum together with my entire family. I remember visiting the vicinity before, however I never been inside the premises of the building where there is an outstanding display of objects of scientific relevance. So glad I accepted the invitation to the this event 'cause the experience was all worth it. 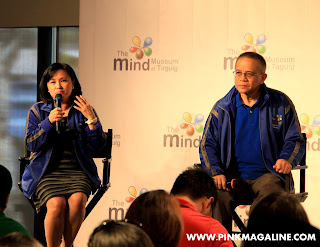 The Mind Museum's Maria Isabel Garcia (left), Curator, and Manuel Blas II, Managing Director, as they open the program and welcome members of the media and their families and other visitors 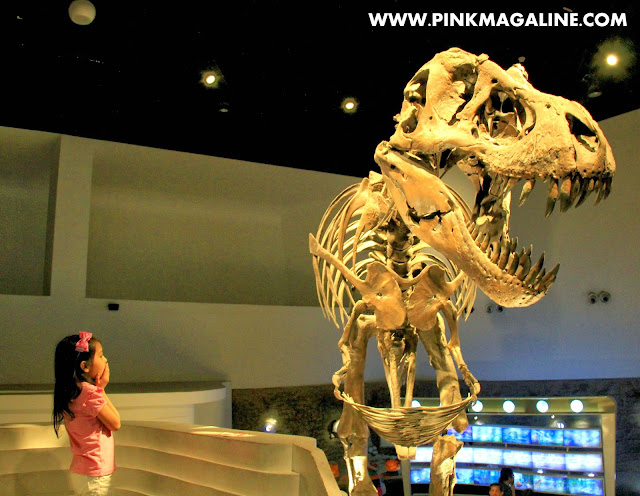 This is my elder daughter meeting T-Rex. Look, she's so artista! Mr. Blas mentioned that T-Rex is the only imported figure at the museum, most parts of the exhibits were build by locals. 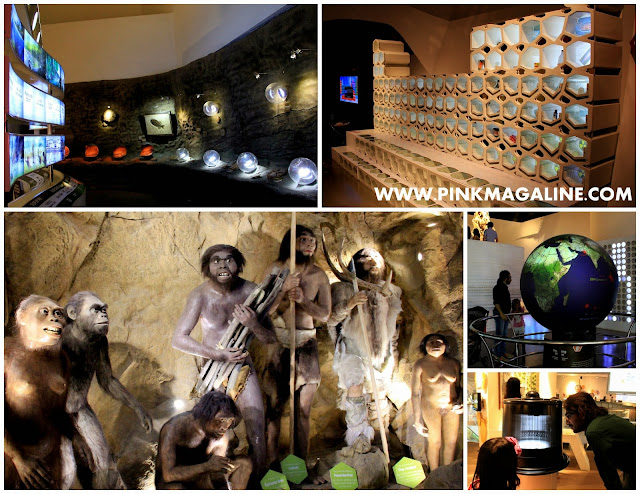 I took a lot of random photos at the museum and here is a collage of some very interesting ones. I supposed I shouldn't upload everything here so you guys get curios and go see them yourself. 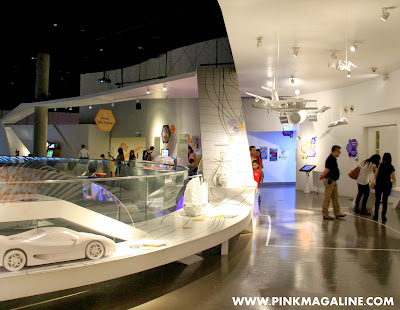 This is a shot of a corner at the second floor. The museum is actually bigger than I thought and WAY better than the one we saw in SM Mall of Asia in Pasay City. 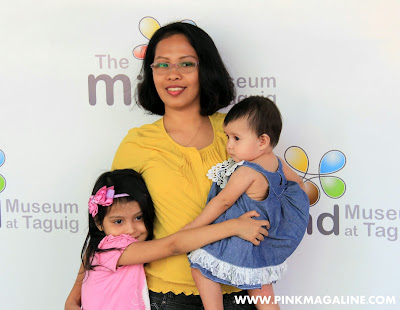 My kiddos and I say Happy Anniversary The Mind Museum! :)

Over half a million people have come away inspired after visiting The Mind Museum in Bonifacio Global City since its launch in 2012. Many of them are Filipino families and students, both from private and public schools, all of which have witnessed science and nature roaming, talking, exploding, and flying, be it thru the exhibits, or the museum’s educational programs. The Mind Museum, a non-profit organization of the Bonifacio Art Foundation, Inc., takes pride in being a museum designed by Filipinos for Filipinos, as it reaches out to the world to contribute to the public understanding of science.

The world has reached out to The Mind Museum too, setting it apart from other learning destinations, with the accolades garnered within its two years of existence. For one thing, the museum has earned a GOLD LEED certification from the US Green Building Council for being a paragon of modern, environmentally-sustainable architecture.

The Mind Museum’s most recent honor is an award dubbed as the “Oscars” of the themed entertainment industry around the world. The THEA Award given by the Themed Entertainment Association (TEA) for this year’s “Outstanding Achievement,” cites that the museum “expands science into a fully experiential world,” and that “the thematic thread and artistic treatments throughout is what makes this project extraordinary by any standards”. Awardees include the Disney Parks, Cirque du Soleil and Singapore’s Gardens by the Bay. This is a proud moment for the Philippines for having the first science museum in Asia to receive such recognition in the entire 20-year history of the TEA.

In these two years, The Museum has also hosted fantastic and beautiful travelling exhibitions from around the world like Da Vinci–The Genius in 2013, and Biorhythm from Ireland in 2012. It is also an institutional partner of the World Science Festival and the California Academy of Sciences.

The journey never ends. The Mind Museum constantly evolves by coming up with new ways on how to present science. This year, patrons can expect more awesome exhibits, shows and activities presented in a whole new level. For instance, one can now catch three planetarium shows, the newest being “Back to the Moon for Good”, narrated by actor Tim Allen. The stunning visuals and compelling narrative highlights the history of exploring the moon, and an inside look into the teams vying for the US$30 million Google Lunar XPrize, the largest incentivized prize in history. The Mind Museum premiered the show last February, alongside select planetariums around the world that are authorized to feature it.

By end of April, a portion of the museum’s second floor will be housing a special exhibition for a limited run. Launched in Singapore last 2013, “The Apocalypse Project – Imagined Futures” explores possible creative lifestyles under climate change. One area will display Climate Change Couture for the future.

Choose from a list of unique and really awesome summer programs! There's Crime Scene Investigation 101 where kids can learn how to gather & analyze evidence from a crime scene. Another is the Junior Mind Mover Program which will expose young minds to the work of scientists in museums, from creative science communication to demonstrating experiments; or the Marine Science Camp, where marine biologists from the California Academy of Sciences take the explorers to a closer underwater look into the coral reefs of Anilao, Batangas! There’s also Soccer Science, a soccer game training and a science workshop rolled in to one.

There are also the staple features such as monthly science parties called “MindBursts”, and free science conversations with rock star scientists from here and all over in “Cafe Scientifique”.

One thing’s for sure. There’s always something new and exciting waiting around the corner at The Mind Museum.


Boy, it's been a long while since my last blogger event. You know, I took a break after getting pregnant and giving birth to my baby girl. Motherhood is such a wonderful thing that I always make sure I don't miss every single stage of it. Hence, I stopped accepting event invites and slowed down a little in blogging. As of now, I exclusively breastfeed my little baby and still manage to run the household, from grocery, cooking to laundry. I decided I will only accept family-friendly events on weekends, when my husband is free to drive me and the kids, and when the location is not too far away.

Anyway, I am planning to visit The Mind Museum again this April and will take Auntie Jo, my dear aunt from the province who is also a Science teacher, with me. I am sure it's gonna be fun and she will enjoy it a lot. Perhaps she can manage a tour for her students next time. We'll see.