How was your Halloween mommies and kids? Where did you celebrate? Ours was short and simple since we had to leave for the province. Trick or treat took place in the morning of elder daughter's last day of school before semestral break. Following the plan, using the same dress she wore on her Disney Princess party, she enjoyed Halloween with her classmates and friends at school. 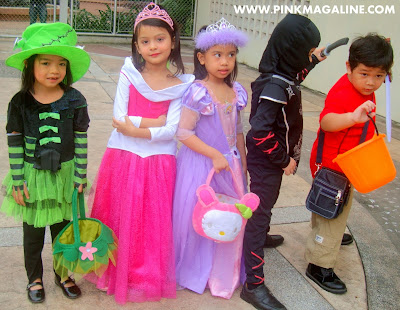 Most kids chose to wear a princess costume, some came as a creepy as a witch, while others looked like they have some sort of physical drug addiction. 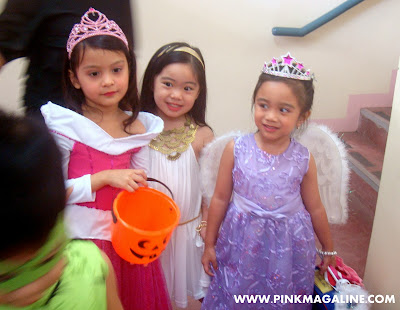 Of course, I have to say that the girls in my elder daughter's class were the cutest. Look at them.. Princess Aurora, Aprodite, and Purple Fairy. So adorable right? 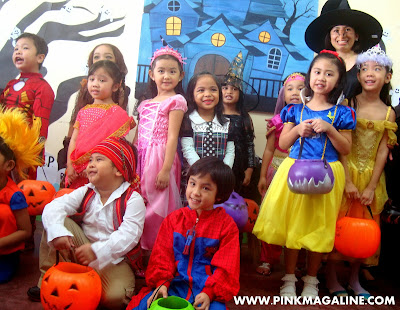 Spotted in the higher section were Snow White, Belle, Rapunzel, and Jasmine. There were super heroes too like Spiderman, Ironman and Goku.


My baby daughter wasn't able to join her ate because of lack of time. After the party, we just picked up my elder daughter, rested a bit, then off we went to Batangas to catch the night ship to Odiongan, a port in Tablas, Romblon, my home province.

Next year, I am sure both daughters will be able to enjoy trick or treating. That time, I will buy them identical costumes.
at November 02, 2013