The Buwan ng Wika or Filipino language appreciation month is supposed to be held in the month of August. However, my daughter's Buwan ng Wika celebration at school was moved to September due to severe weather during the last 3 weeks of August. And since I just gave birth and couldn't leave my baby daughter at home, I had to request hubby to attend our elder daughter's program and my cousin to take photos. 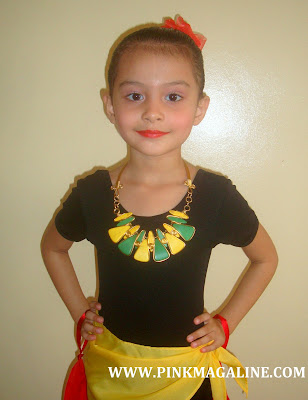 All ready. Wearing a Muslim-inspired costume and a little makeup. 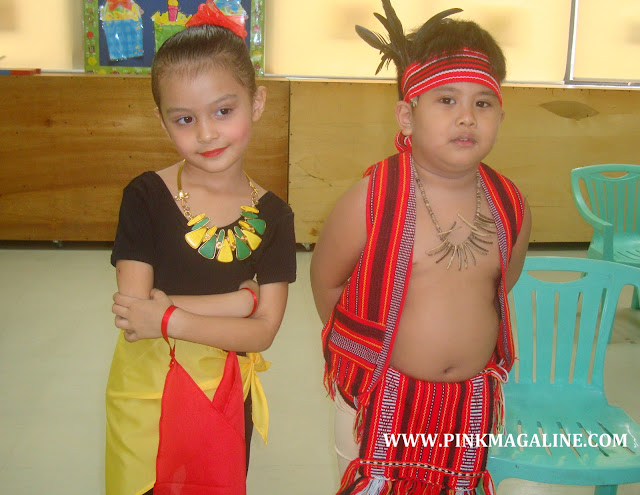 Side by side with a guy classmate in an Igorot (Cordillera native) costume. 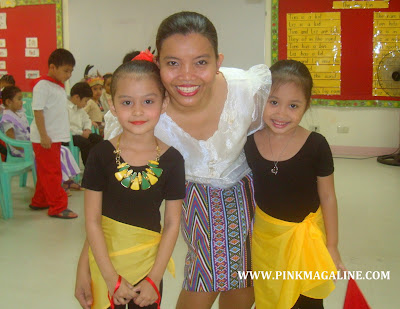 Another photo op, this time with her teacher and and a friend.

She participated in 3 numbers in the program. One of them is this dance in the tune of Salidumay by Grace Nono.

Seeing her dance gracefully makes me feel so proud. You know, I was pretty much like her when I was young. I was not popular but I actively joined school events by either dancing or doing a stage drama. I hope that she stays as interested as that even in the future. Way to go anak! :D
at September 17, 2013