I became a fan of AMC's TV series The Walking Dead when my younger brother insisted we buy a DVD copy of all the previous seasons. I didn't really bother to watch it when it was still airing on Fox Channel, but things changed after I was able to finish all seasons 1 to 3. With that, I would like to thank my brother for introducing me to this series which is so addicting. 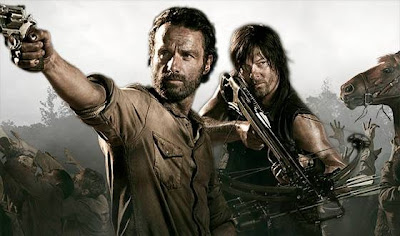 One of my favorite characters from Walking Dead is Daryl Dixon (left). 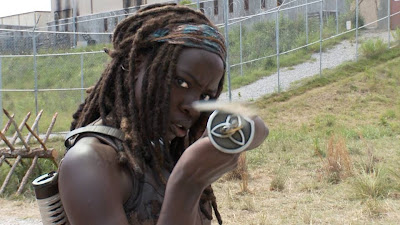 My top favorite is Michonne because she's the toughest among female characters.

This is the trailer of Walking Dead Season 4. It has 16 episodes and it will premiere on October 13, 2013. As you can see, there are more walkers in this season so life in the prison becomes tougher esp. when one of the cell blocks was attacked. No heavy equipment with or any strong barricade every corner of the cell for protection. It looks like they are running out of ammunition, too. Better yet, they leave the prison and find a safer place to stay while more and more walkers come to attack.

Ahh.. I am already very excited for October. No idea what will happen between Rick Grimes and the Governor this time, though. I just know that there will be more twists in the story. More twist meaning more actions. We'll see!