The Blue Mosque in Istanbul

The historic Sultan Ahmet Camii or Blue Mosque in Istanbul was built between 1609 to 1616 during the rule of Ahmed, Sultan of the Ottoman Empire from 1603 until his death in 1617. It is called the Blue Mosque because of the blue tiles used for its interior walls. My dear husband and I visited this place the same day we went to the Grand Bazaar and Basilica Cistern last summer. 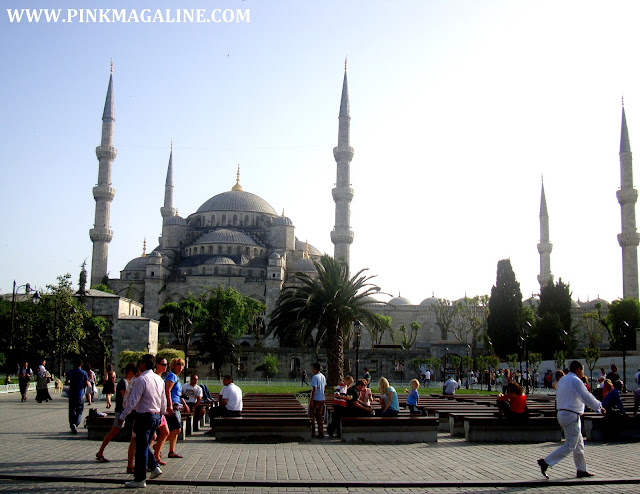 Arriving late from shopping at Grand Bazaar and touring Basilica Cistern, we didn't think of going inside the mosque anymore. Besides, that was not our first time to go there. The first was in 2011. 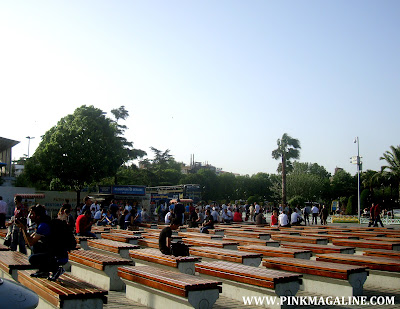 We only took photos of the scene around the place like this area where tourists normally sit and, others wait for their tour bus to pick them up. 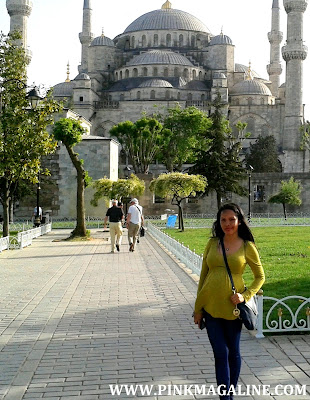 A souvenir shot with my 7 month old baby bump. This majestic mosque attracts thousands of tourists everyday. A must-see whenever you visit Turkey. 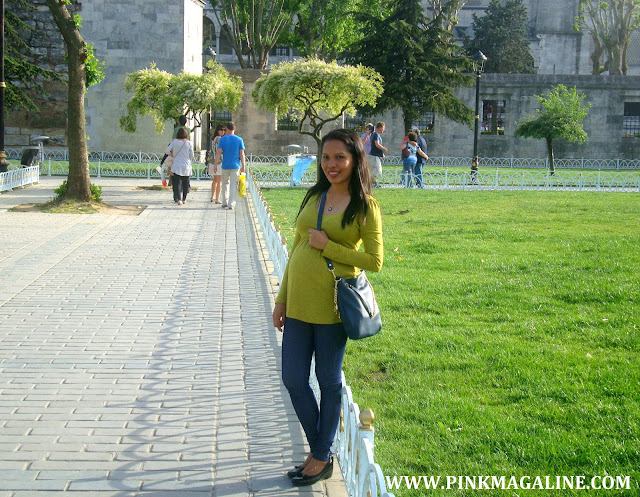 Let's do a preggo OOTD shall we? What I wore: Forever 21 top, Gingersnaps jeggings, INCI shoes, and MICHAEL by Michael Kors tote. 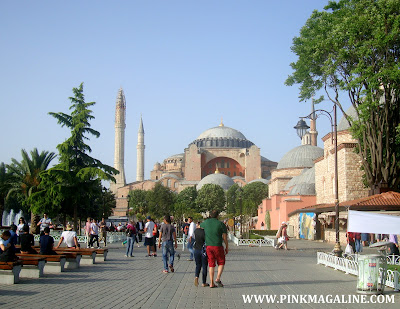 A stone throw away is Hagia Sophia, a former Orthodox basilica, later converted into a mosque and now a museum, which is also famous landmark among tourists. 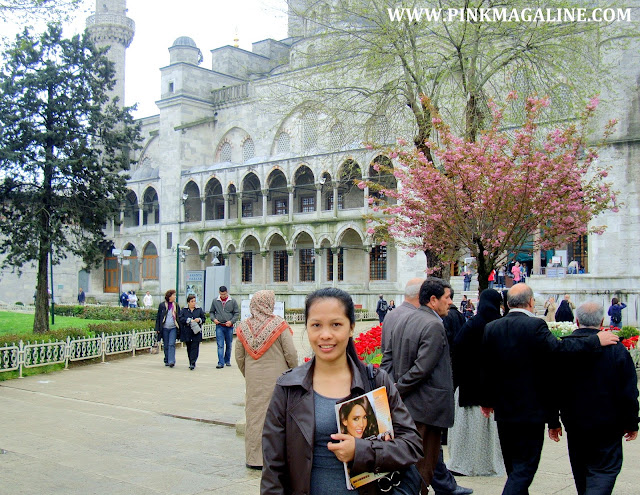 Blast from the past: this shot was taken at the entrance of Blue Mosque in 2011. Yay, no makeup and a little chubby cheeks here. 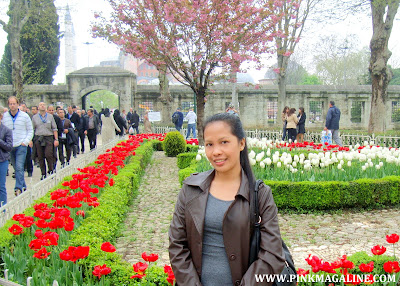 Look at those beautiful red and white tulips. I missed them this year. And brrr.. I remember how could that day was as I freakin' forgot my scarf at home. 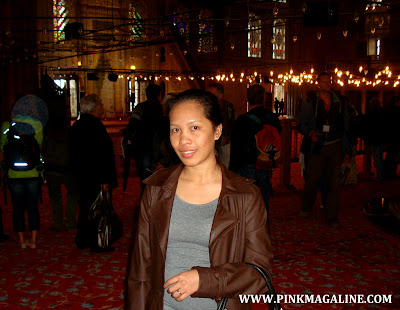 Inside the Blue Mosque: it was really quiet in there, some people were praying, but the majority was just observing and taking photos.

If you wish to visit this place in the future, it is important to note that flash photography is not allowed and guest do not wear shoes inside. You can get a free plastic for your shoes by the entrance of the mosque, free of charge. Head scarves, although optional, are also available for women to wear.