Since Mothercare is a British brand, I assumed prices could be cheaper if I shop in any of their European stores. After I visited a Mothercare store in Istanbul, I realized I was wrong so I cancelled the plan of hoarding a little. Back in Manila, I searched Mothercare in Facebook, liked the page and waited for promo or sale announcement. Over two weeks ago, I saw their ad about Mothercare Baby & Me Event*, a talk on Baby Signs to be given by Ms. Sharon Agoncillo- Galang. Being an expectant mom and a fan of Mothercare, I excitedly signed up hoping to make it to the list, meet some people behind Mothercare Philippines and also buy a few baby products at their BGC branch. Luckily, I was one of the chosen registrants who got the invitation, so off I went to Mothercare Active Fun last Saturday, June 29. 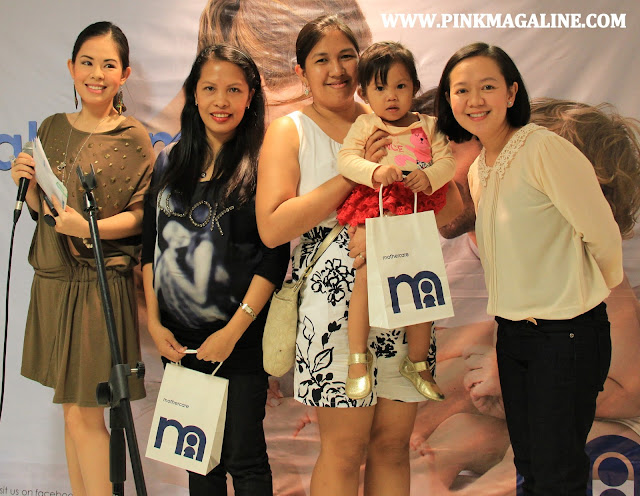 The program was hosted by 26K Girl and former PBB housemate, Marylaine Louise L. Viernes. She's the one standing beside me, holding a microphone. A quick introduction of the Mothercare Baby & Me Event was given by Ms. Mariel Bartolome, manager of Mothercare Philippines. That's her standing on the right, wearing a cream collared top. The exciting part of the program which was the raffle draw followed and boy.. my name was first to be called! Glaiza Tominio, a fellow mom blogger, also luckily won a prize!! :) 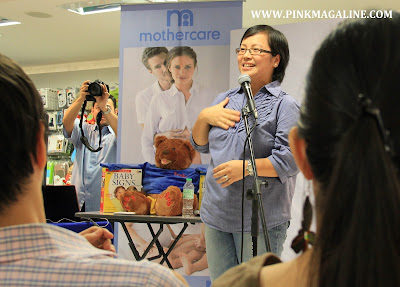 Ms. Sharon Agoncillo-Galang, an independent certified instructor of the Baby Signs Program, teaching "sorry" done by rubbing your palm to your chest in a circular motion. She related stories and personal experiences on how the Baby Signs Program can improve an infant's communication skill. So interesting that I'm planning to implement the same thing to my new baby soon. 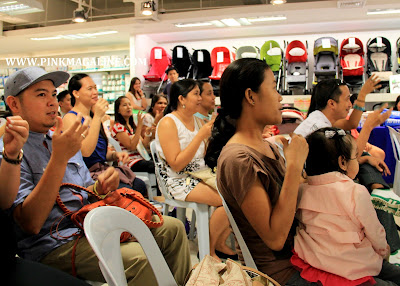 The audience who were mostly mommies and daddies, doing the action song Ang Jeep ni Mang Juan while on their seats. Everybody enjoyed because the talk was educational, plus the people behind Mothercare were accommodating and generous. The program ended around 5 o'clock and we were given snacks and something to drink. 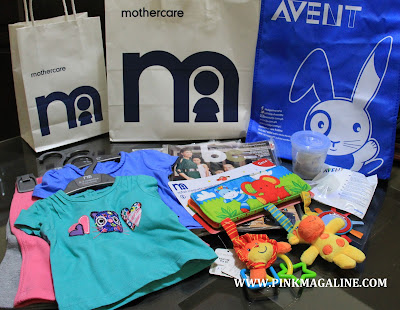 This is my humble haul from the event. L to R: The pairs of pants and shirts I bought for my new baby at 50% off, BC magazines, a green bag, a small tight container and a breastfeeding pad from Avent, and the raffle item I won, Mothercare Safari Magnetic Travel Toy.

If you are a Mothercare fan like me, I suggest you like their Facebook page to get an instant update of for their monthly event, store sale and promos. Just type the keyword Mothercare Philippines in your Facebook search box and you'll see it.