More or less 3 hours away of Akçay is the metropolitan municipality of Izmir, also known as the Pearl of the Aegean. If you heard of the word Symrna in Ancient Greek history, that is the Izmir metropolis in the modern day. Kind of hard to explain or understand but if you really wish to know, Mr. Google might be able to help. 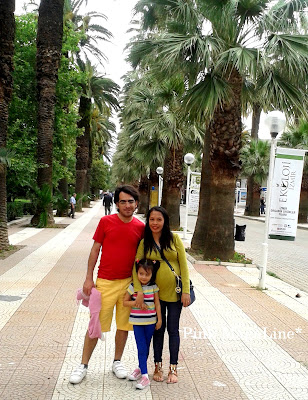 On our first day in Izmir, after checking in at Susuzlu Hotel in Konak District, we found ourselves looking for a children's zoo at Izmir Enternasyonal Fuarı or Izmir International Fair when translated in English. 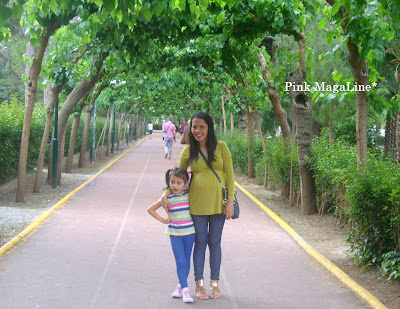 While at the oldest tradeshow in Turkey, we were informed that the zoo no longer exists so we just looked around, took photos then walked towards the shopping/restaurant area to grab something to eat. Near Ramiz, we saw a street performer and a cherry peddler. Click the link for photos. 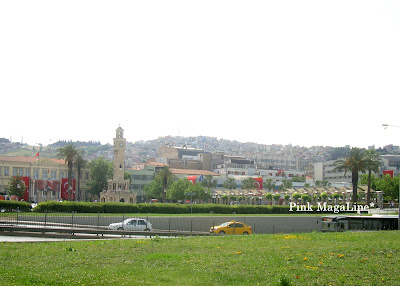 The next day which was also our last day, we managed to visit Konak Square under the scorching heat of the sun. According to Wikipedia, Konak Square is the busiest part of the city, as Konak is the main place of Izmir. 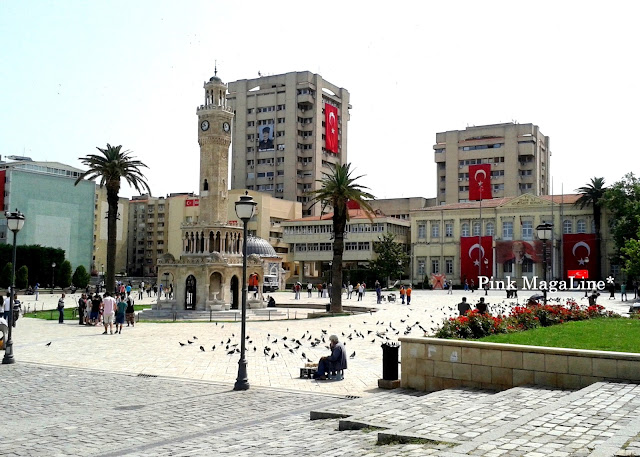 Izmir Clock Tower is located at the Konak Square. It is a historic clock tower which was built in 1901 to commemorate the 25th anniversary of a Turkish sultan's accession to the throne by the name of Abdül Hamid II. 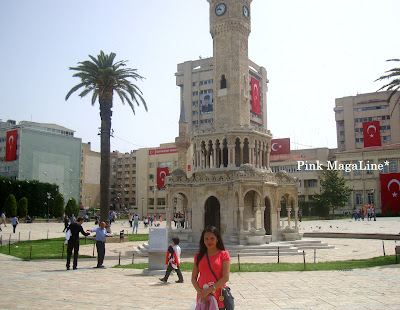 Konak Sqaure is a popular destination for both local and foreign visitors. One of the activities to do here aside from sightseeing and taking photos is feeding the pigeons. One can also try simit (sesame bread) or buy small souvenirs from a street vendor. 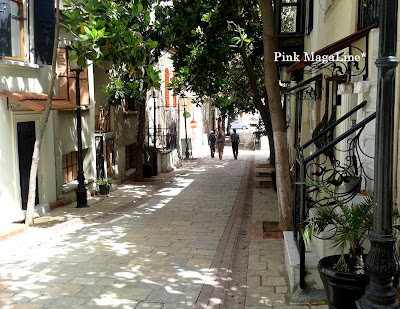 Too hot at Konak Square so off we went to Asansör (Turkish for elevator) which is also a popular landmark in Izmir. This street leading to the Asansör was named after one of the residents, the Turkish polyglot singer Dario Moreno. 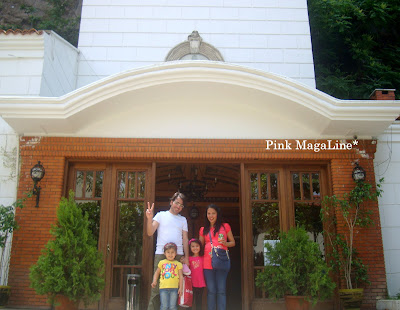 A photo of hubby, my daughter, daughter's first cousin and I by the entrance of Asansör. At this point, I was kind of worried to enter because it was a little dark inside and the elevator looked different and kind of spooky. Haha. 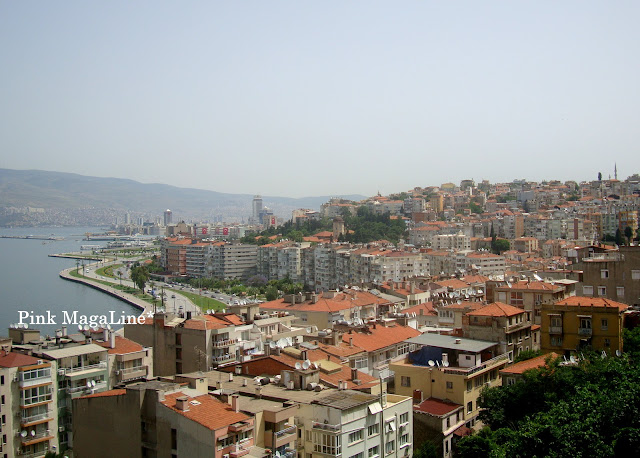 A view of the municipality of Izmir from the top of Asansör with the buildings and apartments on the left and the bay area on the right. By the way, the Asansör was built in 1907 by a Jewish banker to help the people in passing through the narrow coastline to the hillside. 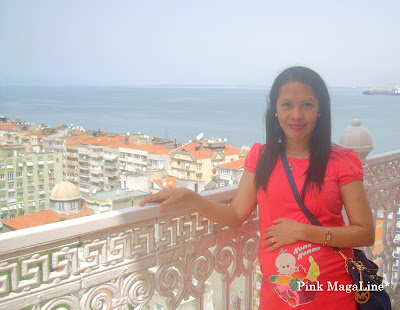 Okay, that's me with my baby bump and the view of the bay and more apartments below. Next week, I will most probably post about our next stop which was Kuşadası, a resort town on Turkey's Aegean coast in the province of Aydın.
at June 24, 2013