This is an old post in my draft. Yeah, I spotted Steven Tyler of the very famous Aerosmith at NAIA Terminal 1 last May 9, 2013. Hubby, my daughter and I checked in for our Istanbul flight and were in the queue for immigration when I saw Steven Tyler coming to our direction. I was like.. "Oh my gosh! Oh my gosh!" 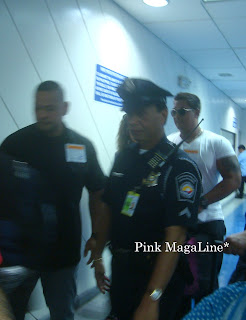 He was escorted by those 'big guys' and some police officers. 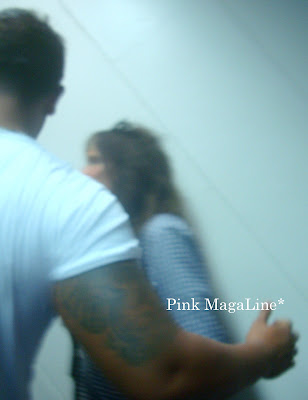 He walked right in front of me and I swear I almost passed out.


I mean, hey, that's the music icon I normally just see on MTV or American Idol! He popularized songs like I Don't Wanna Miss A Thing, Crazy, Jaded, etc. He arrived in Manila for his concert together with Joe Perry at the SM Mall of Asia Arena on May 8, 2013.

Too bad I wasn't ready with my camera when I spotted him and that explains the blurry and dark photos. Arrgh, I wish I took a video instead. Lucky are those reporters and cameramen who interviewed him during arrival/departure. They had the best images and recording using using a DSLR, tascam dr-05, and the like.

You know, this is not my first time to see a celebrity at the airport. I spotted Bobby Andrews in my first flight to Hong Kong when I was in my early 20s. I saw Ginger Conejeros at Terminal 3 in our trip to Cebu, then Pilita Corales in our postponed trip to Vigan. Actually, before seeing Steven Tyler, I saw a couple of international beauties too. So next time I go to an international airport, I'll make sure my cameras are set and ready!
at May 30, 2013