The Frabelle Foodie Chef Finals, a Facebook promotion of Frabelle Foods, was held at Cafe 1771 in Ortigas Pasig Thursday last week. It was attended by foodies, bloggers, media and some famous personalities.

The 1st Frabelle Foodie Chef competition actually started last year in October. Food lovers, enthusiasts and consumers of Frabelle Foods in the Metro Manila area were invited to join. Each participant were required to come up with a unique recipe using any of the Frabelle products like hotdogs, cheesedogs, ham, tocino, longganiza, and bacon. 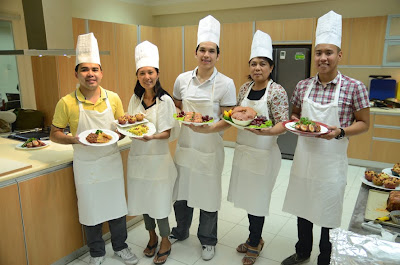 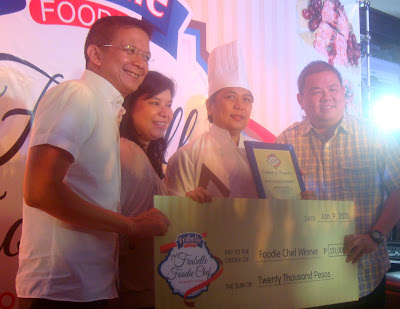 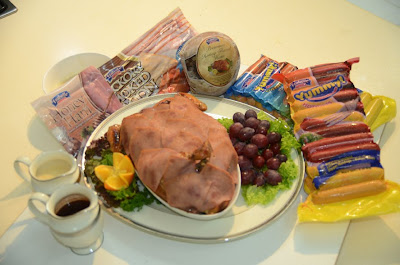 This super yummy Stuffed Chicken, which also won the Blogger's Choice Award, was selected to be the best among 5 entries. 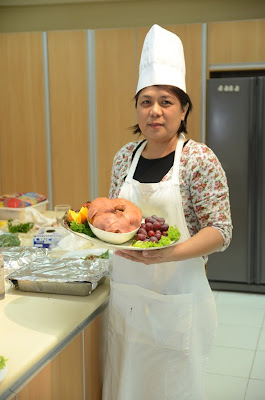 The cook behind the Stuffed Chicken, Neneth Tiongkiao-Madrona is the 1st Frabelle Foodie Chef grand winner. She received P20,000 and a one day Culinary Class at the Center for Culinary Arts in Manila. On the other hand, consolation winners received P5,000 each.

It was a fun event to see a talented Filipino excel in cooking. Congratulations Ms. Neneth! Till the next Frabelle Foodie Chef search everyone! :)
at January 18, 2013