I have to admit that I am a fan of Tyra Banks. I know she's not perfect, but I like all the good things she does like helping other girls with their confidence and most of all, featuring and wearing creations of Filipino designers for her show, the America's Next Top Model. Below is a photo she shared in Facebook just recently, wearing Rajo Laurel's pintados gown. 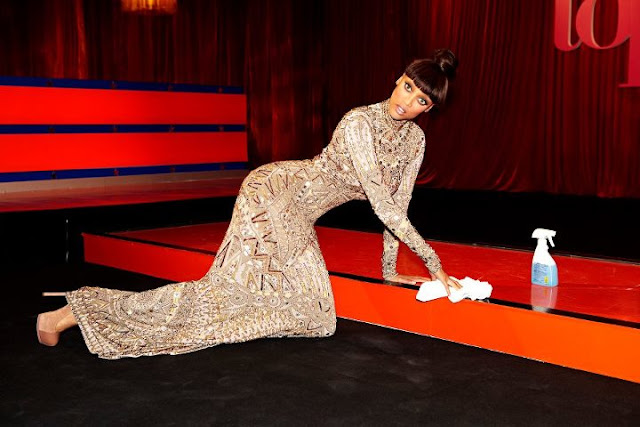 Playing Cinderella in her random act of modeling. This is the second time that Tyra is wearing a Rajo Laurel creation for ANTM. The first was a graphic print dress she wore in April. 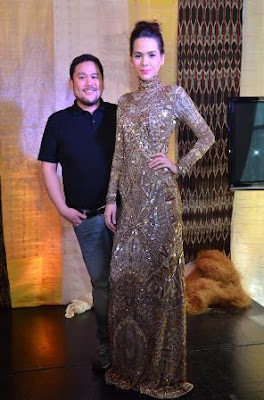 Rajo Laurel with his model wearing a 2008 version.. 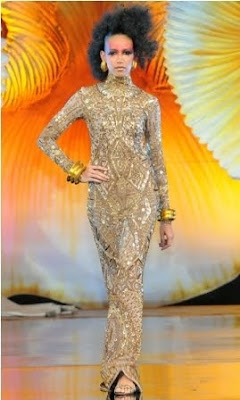 the same dress was seen on the runway for RAJORED Gala.. 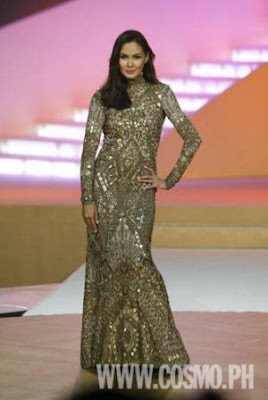 
I haven't seen yet the finale episode where Tyra was seen wearing pintados dress, but I bet her fellow judges liked it. Oh by the way, my favorite girl from ANTM Cycle 19 British Invasion, Sophie Sumner won! Congratulations Sophie! Cool Britannia! :) 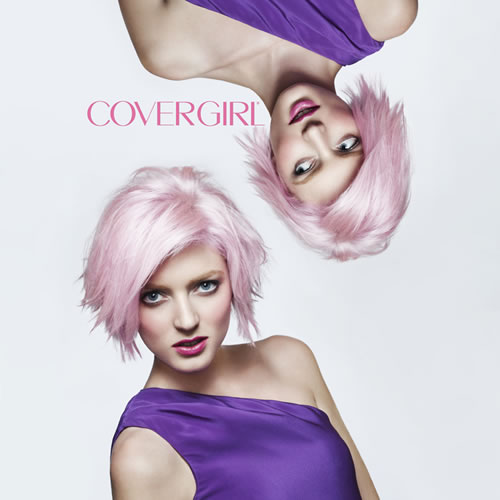 Sophie Sumner was a runner up of Britain's Next Top Model, Cycle 5. Glad she joined ANTM cos she totally deserved to win. And, did you know that Sophie is friends with Emma Watsons? Cool friends eh?