It was the night of the beauties once again. The Big Dome was filled with crowds and crowds of people, VIPs, celebrities, judges, and 30 beautiful candidates vying for the title Bb. Pilipinas 2012. Xian Lim, Izza Calzado, Georgina Wilson and Venus Raj hosted the event. The panel of judges include beauty holder Precious Lara-Quigaman, Hon. Casimiro Henares III, HE George Gomeca, HE Harry Thomas Jr., actor Richard Gomez, Lisa Hontiveros, Phili Younghusband of Philippine AZKALS, John Miller of Nestle Philippines and more. The talents who performed were Bamboo and Arnel Pineda. 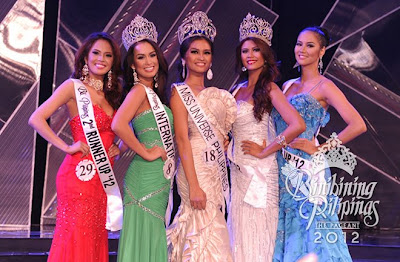 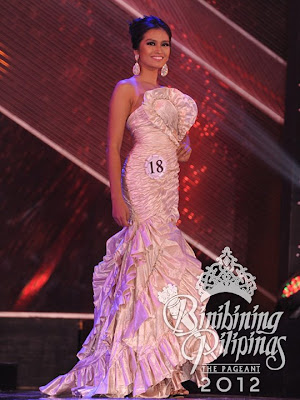 Candidate #18 Janine Mari Tugonon in her evening gown.
She is 22 years old and hails from Balanga, Bataan. 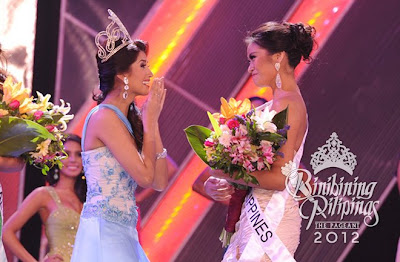 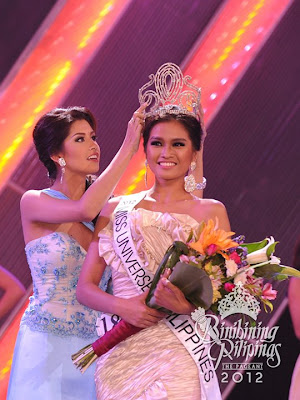 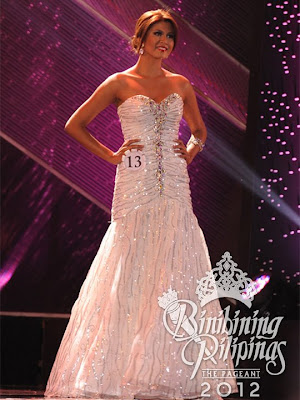 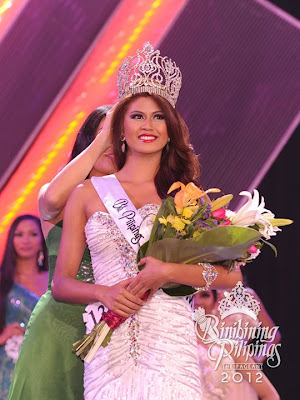 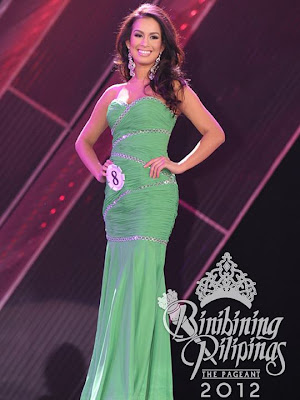 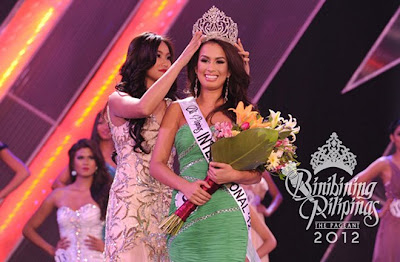 
My other bet to win the crown at the last night's event was candidate #9 Mary Jane Lastimosa. Too bad she did answer well though she made it to the 12 Semi Finalist. She even took home a couple of special awards, Bb. Philippine Airlines and Bb. AVON.

How about you? Did your bet win a crown last night? Who is she?


Source of Photos:
facebook.com/realbbpilipinas
at April 16, 2012