From Field to Catwalk – The Very Unique Style of Fearne Cotton

She has her own show on Radio 1, she presented the historic charity concert Live8, she’s dating the son of a Rolling Stone, and she has her own fashion line.

Bouncing onto our screens back in 1996 via ITV’s Disney Club, the fresh-faced Fearne Cotton was quickly snapped up by TV executives. Thirteen years later, she has established herself as one of the nation’s favourite radio and TV presenters, with prime time spots presenting Radio 1, Top of the Pops and Celebrity Juice. But aside from her many professional accolades, what we love most about Fearne is her quirky, versatile and daring sense of style.

Fearne’s style – which sees her constantly topping the fashion stakes in magazines across the nation – is an eclectic mix of uber-cool street aesthetic, vintage finds and high-end fashion. Regularly spotted smiling from the red carpet in designer gear, she’s just as likely to be seen stomping around London in ripped jeans and converse trainers, a Mulberry clutched against her arm.

Festival chic royalty – second in line to the throne only behind the queen of Glasto, Kate Moss – Fearne’s festival style is a lesson in outdoors fashion to us all. Last seen at the Isle of Wight festival rocking a prim summer dress with a classic Barbour jacket and boxing boots, the self-proclaimed music nerd stays stylish and practical. Ditching her classic festival straw trilby in favour of something a little more quirky, Fearne also donned a classic black bowler hat with a scruffy tee and leggings – the ultimate in festival chic! 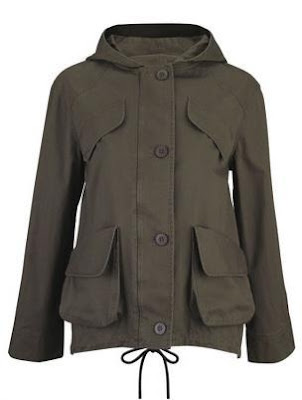 From wellies to stilettos, Fearne also has her red carpet glamour down to a tee. Repeatedly shunning classic gowns for fun, flirty dresses – Moschino being her go-to designer – Fearne has also been known to up the ante in sexy style, wearing a daring androgynous tux with Mulberry bag and stilettos to the 2010 Annual Draper Awards.

With such a distinctive and enviable sense of style, it was no surprise when Fearne followed in the steps of long time bestie Holly Willoughby and launched her own fashion line. Like her own wardrobe, Fearne’s eponymous range is eclectic and diverse, shifting from season to season and taking inspiration from everything from sixties icon Twiggy to The Royal Tenenbaums. Not just a cover girl, the DJ-turned-designer who models her own range, is regularly snapped out and about in her own creations. And she seems to be enjoying life as a designer so much that she’s also launched her own cosmetics line too! Head to Very.co.uk and Boots now to snap up your own little piece of Fearne. 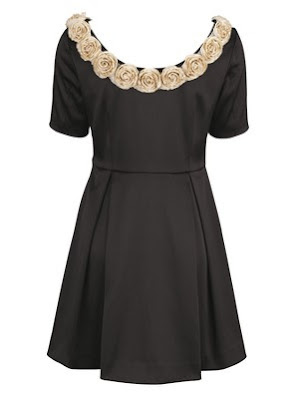