We chose to eat at AA BBQ on our first and last night in Cebu. The restaurant's Lapu-lapu City branch was just walking distance from Islands Stay Hotel. Pretty convenient that we didn't have to pay for a taxi to get there. I previously googled the restaurant and read some reviews, so I knew what to expect before seeing the place myself. 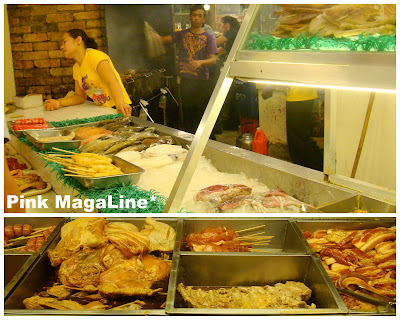 To dine at AA BBQ, we first queued to chose which meat or seafood to eat, then put them in our trays. Next, we gave instructions to the woman at the counter on how to cook them. For example, grilled for squid and fish and barbecue for pork and chicken. 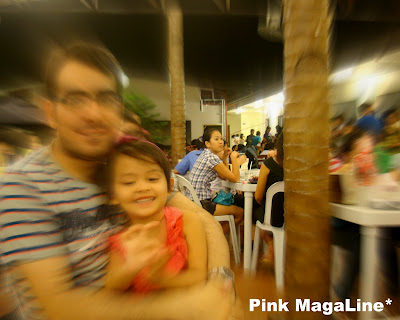 After choosing our meals, we had to look around for a vacant table. Unfortunately, that day was the Valentine's Day and 8 o'clock seems to be the busiest hour in the restaurant. The barbecue house was heavily packed even they have this huge dining space for costumers. Honestly, it took us over 10 minutes before getting a table. As soon as we sat down, we called for a waiter and ordered rice and drinks. 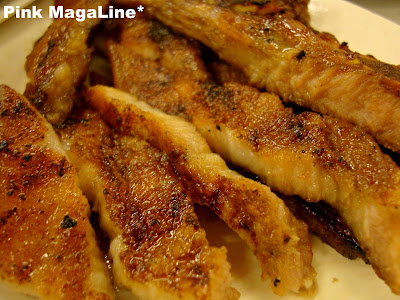 We were so hungry from our evening trip from Manila to Cebu that hubby and I decided to order two viands each. I had charcoal grilled pork liempo. I broke my diet because of this. So delicious! 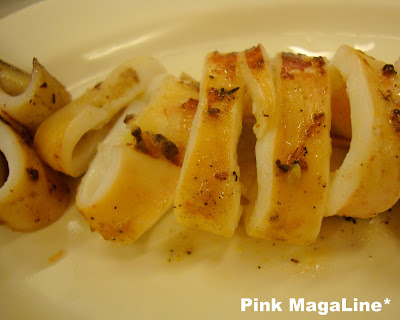 I also ordered for grilled squid. It was not more delicious than the liempo, but it was still worth every bite. 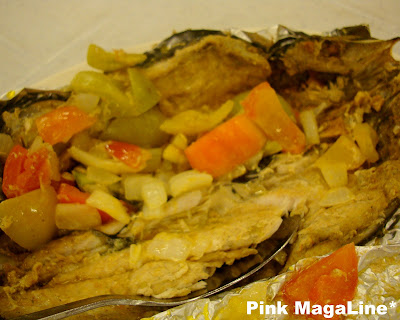 This was hubby's selection.. inihaw na bangus or grilled stuffed milkfish. He really liked this fish that he had to get extra garlic rice for it. 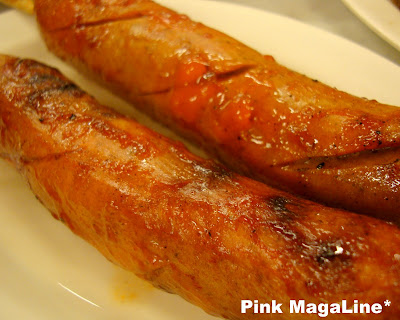 His additional viand.. two jumbo chicken sausages. They tasted very nice too. However, the little one didn't like them at all because they're spicy. 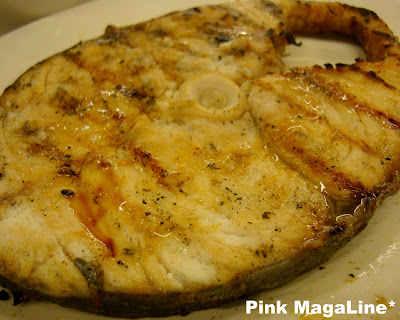 On our last night in Cebu, I ordered this grilled tanigue, a fish from the tuna family. This was my best tanigue ever. It was so good.. it tasted like meat! 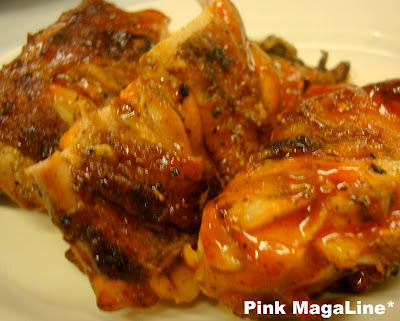 The only thing that we didn't like at AA BBQ is this grilled chicken. Hubby ordered it but he barely touched it. Good thing my grilled tanigue was big enough for sharing. 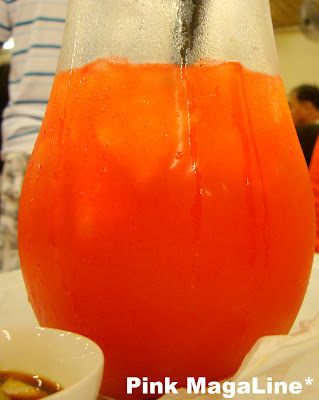 On our first and last dining at AA BBQ, we ordered the same drink.. a pitcher of four seasons juice. It has fresh slices of orange and watermelon in it. My daughter liked this a lot. She drank lots and lots of it while eating banana at the same time.