At EDSA, on my way SMX Convention center to attend the iPanema fashion show last year, I saw this blue car which caught a lot of commuter's attention. I don't know a lot of things about wheels, so I ask hubby about its model and I was told that it's the iconic mini cooper. I believe this one is vintage, but the owner might have customized it already. 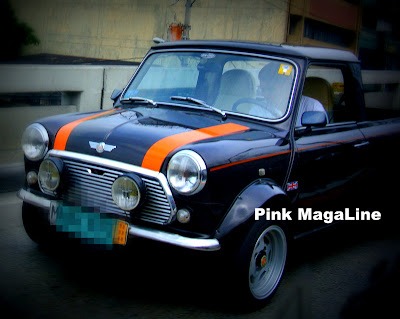 Last night while on the way home, I spotted this vintage mini cooper again parked outside a store near our place. I saw him a couple of times before, however I was not lucky to have my camera with me. 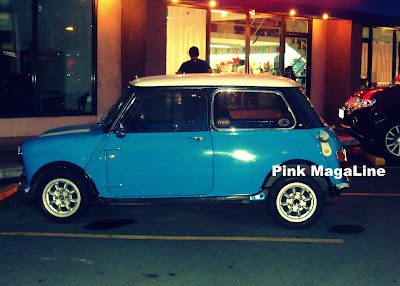 In Philippines showbiz, actress Angelica Panganiban is famous with the mini cooper that was given to her by model/ actor boyfriend Derek Ramsey as an anniversary gift back in 2009. It was a yellow mini cooper car which Angelica named as "Baby James". That time, her mini probably costed over a million already. Oh well, what a very lucky pretty girl.

Now back to me, I still do not know how to drive and I don't think I would want to drive ever. If am only as brave as those drivers who run through EDSA, racing with buses, taxis and jeepneys. If only I have the guts, then I guess I will drive not just mini cars, I will also push myself in driving bigger cars like this Hyundai Tucson which I saw at Kotsebook.com. Cars are just too cute sometimes, right?
at January 30, 2012