This is the cover art for Lady Gaga's latest single called Marry the Night. She wears a body armor outfit  which is said to be created by both young Filipino designers Kermit Tesoro and Leeroy New. 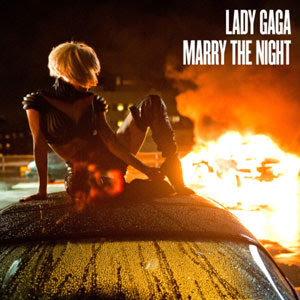 If you check the outfit closely, you'll see its resemblance to the outfit below which was worn by a model at the Philippine Fashion Week last year, when Kermit Tesoro and Leeroy New also collaborated. 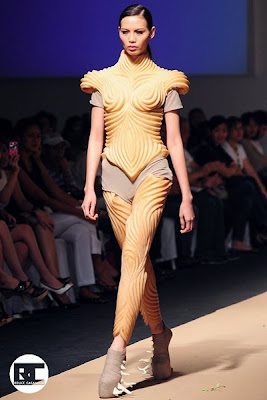 As far as I know, Kermit Tesoro is famous for designing heel-less shoes and skull heels similar to Alexander Mcqueen's. On the other hand, Leeroy New started with modern sculpting and then later started designing clothes. As for Lady Gaga's clothing for that cover art, I really think it's all Leeroy New's work alone. A lot of people talk about this via Twitter and consider it a big deal who did it and what, etc. I don't know. What do you think? I am nothing against each of these designers, but maybe Kermit Tesoro did the shoes, right? Hmmmm?