This is a photo of a genuine Hermes Birkin bag in pink. Notice its workmanship and flawless detail. It is just perfect. No wonder a lot of ladies want to own an Hermes bag anywhere in the world. Here in the Philippines, Jinkee Pacquiao and Gretchen Barretto are just two of the many Filipinas who love toting Hermes. 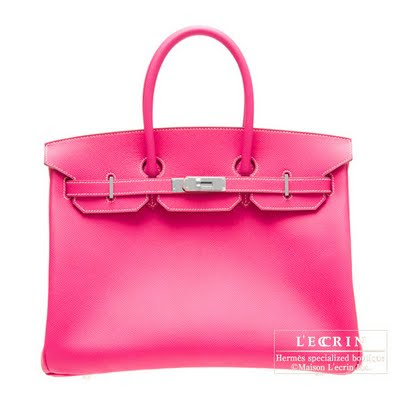 In Taiwan, Hermes filed a lawsuit against the producer of the Banane Taipei bag. Banana International spokeswoman Fu Chien-yu argued that they are not using an image of  Hermes Birkin and they have their own banana trademark that symbolizes Taiwan's spirit. If the court rules in favor of Hermes, some legal experts said that the producer of Banane Taipei bag would have to pay millions in damages. 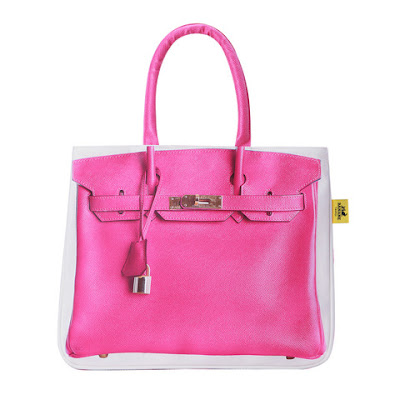 Now back to Manila, SM Department Store just started selling totes with an image of a Birkin, looking very much alike the Banana Taipei bag. I don't think Hermes will be able to follow this because SM Department Store doesn't have an international market or sell their merchandise online. 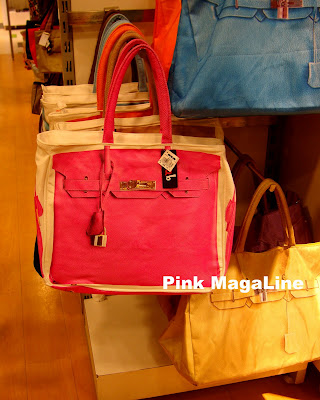 Honestly, I like Hermes because they sell bags with a very good quality. However, never that I wanted to have an Hermes bag, really, simply because I am a stingy person. If I have that large amount of money, I think I better buy a piece of land for my dream house instead of buying an Hermes bag.

Also, I don't think I would want to buy a Banana Taipei tote or that cheaper version by SM Department Store. For me, they are still expensive even they're eco-friendly. My latest sale find, the QUEEN by Queen Latifah Gold Tote, is way better than any of these bags.

An Hermes is an Hermes anyway. Nothing can beat that.