It was Miss Resorts World Manila grand coronation night last Saturday, August 27, 2011. A huge audience witnessed the event at The Newport Performing Arts Theater, while more than 1 million worth of prizes were given away to the three lucky ladies who made it to the final three. 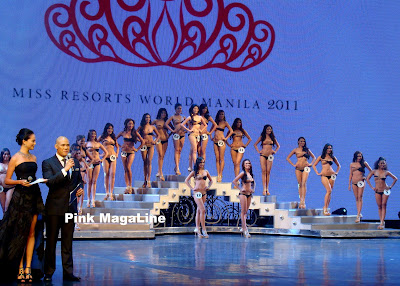 There were originally 30 candidates, but 2 of them didn't continue to the coronation night. 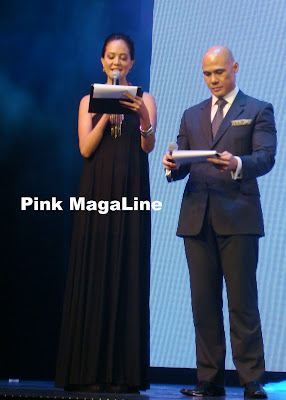 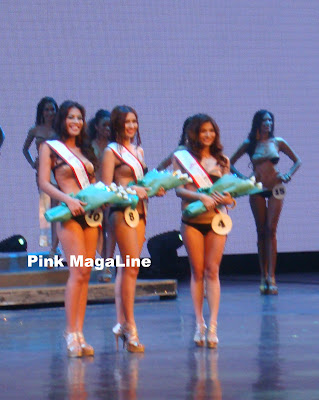 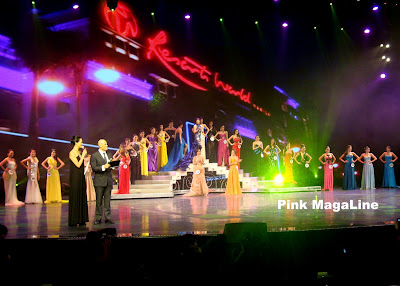 The candidates in their evening gown, all made by local designers. 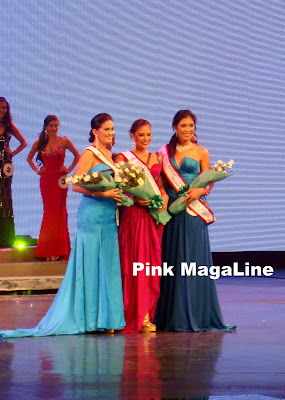 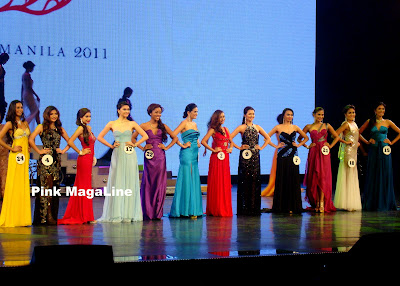 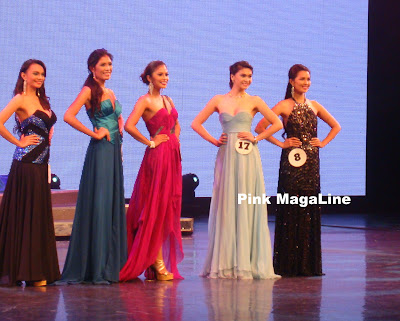 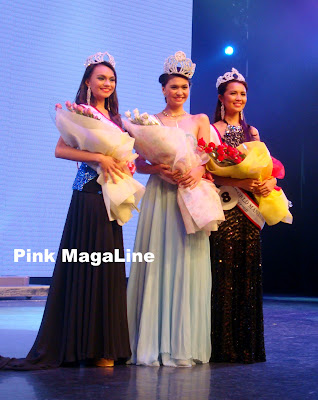 The winners (from L to R: Second Runner-up Kriza Charisse Argana, Miss Resorts World Manila 2011 Princess Angela Abella (also Darling of the Press), and First Runner-up Ladylyn Riva (Best in Swimsuit).
I am pretty much happy with the winners for this year's pageant. One of my favorite candidates made it to the top so hooray for her! Till next year ladies!! :)
at September 02, 2011