One of the many tourist attractions in Hong Kong is A Symphony of Lights. It is the synchronised display of lights coming from the participating buildings in and around the Victoria Harbour. It is held every night for a period of ten minutes starting at 8 o'clock, provided that the weather is fine. They didn't have A Symphony of Lights during the time that I was working in Hong Kong from year 2002 to 2003. I believe the Hong Kong Tourism Board organized it a year after. 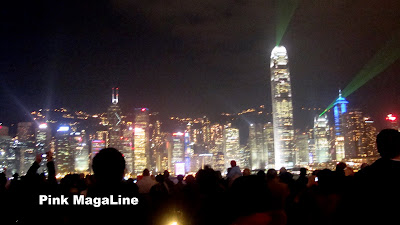 The day before I met Lady Gaga, we were at the Kowloon Public Pier to witness the ceremony of these amazingly beautiful lights. 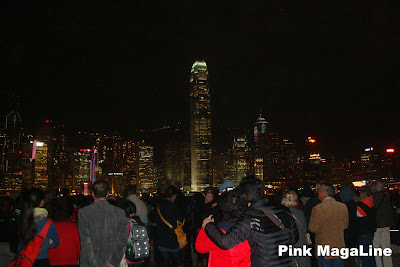 A lot of people were merely standing in admiration, while others were busy taking photos and videos. 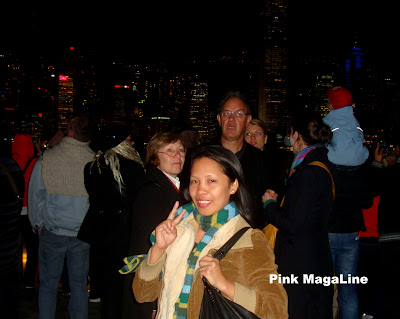 My camera didn't get a good view of the background when the flash was used. Booo! 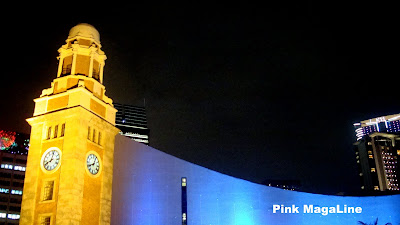 But, it was able to capture the lights that were reflected to the Tsim Sha Tsui Clock Tower and Hong Kong Cultural Centre as taken in a short distance. 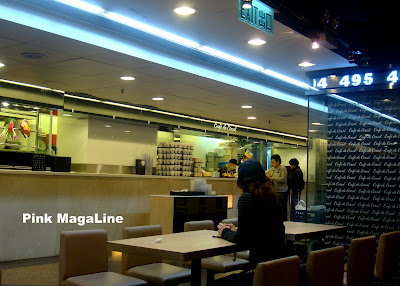 We got hungry after the show, so we ate at Cafe de Coral, the number one fast food in Hong Kong. 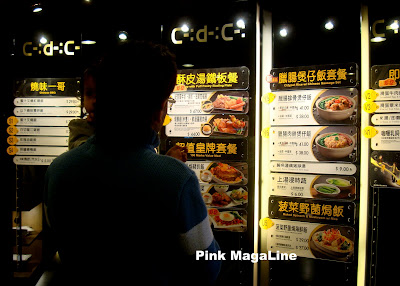 Hubby carefully read the meal sets and as usual, he chose chicken over duck or pork from the menu. 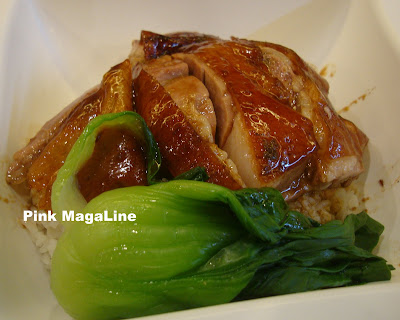 This was my meal (hubby ordered the same). It's Chinese chicken BBQ with steamed rice and bok choy on the side. 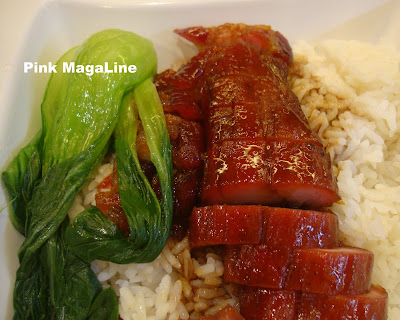 This was my cousin's meal. She ate her favorite pork BBQ.

That's all for now. Will post more of our travel adventures next time! :)

NOTE: Please join Pink MagaLine's Biggest Giveaway in case you didn't enter yet. Just click the link or the giveaway badge in my sidebar.
at July 29, 2011