As stated on the cover, Metro magazine features the showbiz's queen of high fashion's latest invention this August. The beautiful and timeless Gretchen Barretto graces the cover of Metro Magazine's the Celebrity issue, wearing Prada from head to toe. 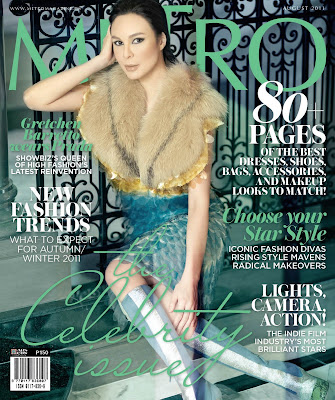 That large sequined dress accented with a fur stole was seen on the runway from Prada's Fall/Winter 2011-2012 collection. 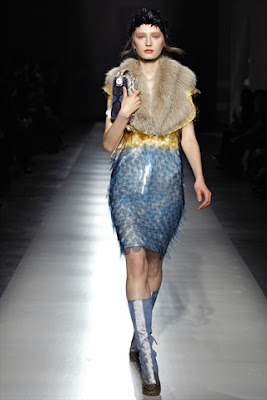 By the way, what is a stole? In case you don't know, a stole is a woman's shoulder scarf of fur, marabou, silk, or other material according to Dictionary.com.

Now who do you think wears it better? Is it Greta or the model? Hihi.