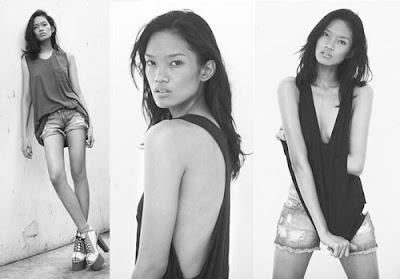 For those who doesn't know Danica Magpantay yet, she is the daughter of Milagros "Lala" Flores, a former Supermodel of the World Philippines 1990, now a renowned make up artist herself. She who won the Crest Best Smile Award at the international competition.

Congratulations Danica! I hope more and more Filipino models out there will also make it to the top just like where you are now.
at January 24, 2011