We were invited to a fairy themed party for the first time. It was Sati's first birthday party at Jollibee Ortigas Roosevelt. The little girls were asked to come in Tinkerbell or any fairy costume, the boys in Peter Pan or pirate costume, then adult guests in green, pink, brown or purple top. 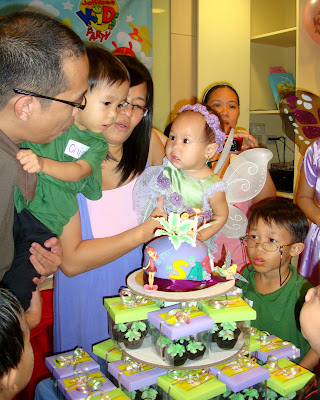 A photo of mommy blogger Pehpot of Make or Break, her only daughter Sati, husband and other kids, while blowing the fabulously decorated fairy cake tower. Sati was the cutest in her tiny Tinkerbell costume. 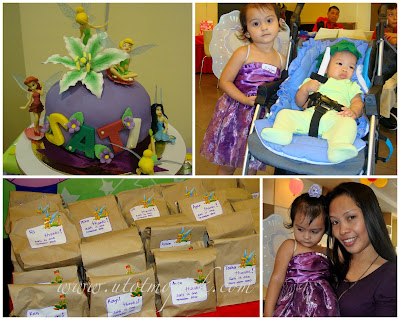 Again, Sati's Tinkerbell cake, my daughter posing with baby Ashton in a very creative DIY Peter Pan costume, tinkerbell lootbags and my daughter and I as shot by Jes. That purple gown was the same gown she wore on her first birthday. The problem with the fitting was fixed after a little magic. 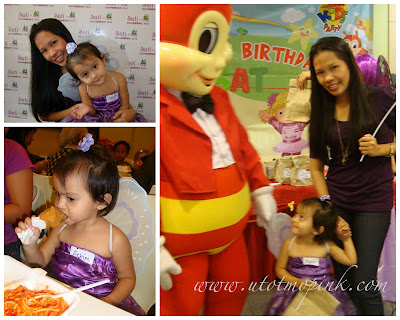 The Tinkerbell tarpaulin at the photo booth served as the background of many photos that day. Then, everybody ate a major feast of Jollibee chickenjoy and rice, spaghetti, yum burger, and hotdogs. My daughter concentrated on the chicken alone. Haha. She enjoyed watching the dancing Jollibbe mascot. She smiled a lot receiving the loot bag from Jollibee. When Jollibee finished his show, my daughter followed him to his locker room and cried when Jollibee didn't return. Poor baby. 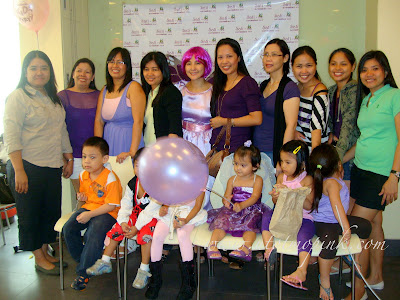 A photo of the mom bloggers and kids. It was fun meeting some of them for the first time. Thanks to Pehpot who invited us. It was a blast! 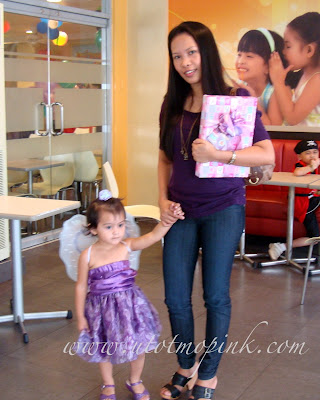